Happy holidays! In celebration of Christmas, I have a new release, a short story named An Alpha Mate for Noel. This story is the first in a series of specials which I plan to do on every holiday. 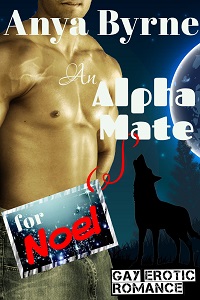 This white Christmas, shifter Santa gave to me, a partridge in a Christmas tree. Wait, no… That’s not how it’s supposed to go. Or is it?

Balthazar “Taze” Roskam is a social worker trying to help shifter street kids. A werewolf Alpha should be spending Christmas Eve in the pack—but instead, he finds himself ushering a reluctant lion cub into his new home. He does not expect to meet Noel de Moins—his mate.

A partridge shifter, Noel grew up an orphan, not knowing much of anything about his own kind. He spends each Christmas with other young shifters just like him, at the orphanage that is the only home he’s ever known. And when he meets Taze, his entire life changes.

Noel has never really had a family of his own. Taze has given up on Christmas miracles. This holiday season, there might just be a special present for them both.

I have of course uploaded it on D2D too, but I’m not sure what their holiday schedule is. As far as I know, it should still be available by Christmas 🙂

So, I recently got news from All Romance that I’m one of the top 10 bestselling authors on the website. I’ll have a spotlight day–on the 16th–but I’m celebrating beforehand with a new release.

This story is something I have promised you for a long time – Mate Wooing 201. 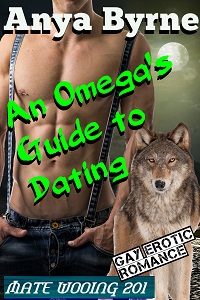 Devon Woods has always been very aware of the burdens and responsibilities that come with being an Omega. It’s a little hard not to be, when his entire existence—including his stay in the Hunt pack—is influenced by his nature.

But when Ross McIntosh appears in his life, this particular problem escalates to an unprecedented level.

Ross is a former human turned werewolf, and inexplicably, an Alpha. He is also convinced Devon is his mate. Devon isn’t so sure. Why? Because Devon wants it so badly to be true. He is madly in love with Ross and he fears that his Omega pheromones could be manipulating the newly turned Alpha.

It would probably be safest to put some distance between the two of them. Instead, they take a different approach—they start to date.

Devon knows absolutely nothing about human dating, but that’s beside the point. An extended courtship might just give him the answers he seeks. And anyway, how hard could this… dating be? What could possibly go wrong?

Mate Wooing was one of my very first series, together with Hachti Warriors and Lone Wolf Pack. I had a lot of fun going back to it. I hope you’ll enjoy reading Devon and Ross’s story as much as I enjoyed writing it.

I have of course also uploaded the story on Draft2Digital, which means it will be available on Barnes and Noble, Kobo, Apple, Tolino and Page Foundry sometime next week.

As a final note, I’m leaving you the link which will eventually have my spotlight post. This will not be active until the 16th, but I figured, why not? 🙂